Xiaomi is definitely having a field day in the Indian markets. Despite making a fashionably late entry, it has skyrocketed to great heights and much fanfare. The primary reason why Xiaomi appeals the most to consumers is the fact that it makes gadgets affordable. And with its entry in the field of wearable fitness devices, with Mi Band, it marks a new phase in the world of budget-friendly gadgets.

Pegged at a humble price of INR 999, let’s take a look if the Mi Band is worth the purchase. The Mi Band is composed of two elements: 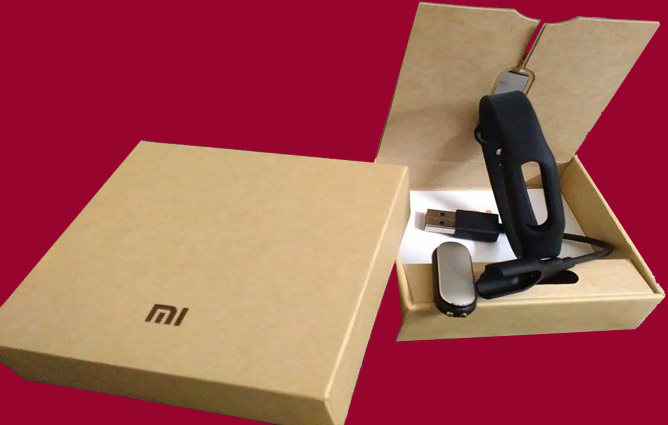 The capsule is rather basic in nature and it makes sense that it is done to substantiate the cost. Do not expect a glorious display because all you will get are 3 LED indicators which will inform you of how close you are to your daily goals.

The capsule has many functions. It can track your sleeping and wakeful activities, alerts you of incoming calls and alarms, and can even unlock your phone if it is nearby. The back panel of the capsule that comes in contact with the body is made out of plastic while the display has a metallic finish.

The capsule is waterproof so you can continue wearing the Mi Band while showering and even for a swim.

Most users found it incredibly tough to insert the capsule in the hard rubbery strap. Some even complained of having lost their capsules because it popped out of the band! So that’s a design flaw that you need to be mindful of. Other than that, the band is easy on the skin and causes no irritation. But then again, the lighter colours can get dirty easily and the newness will wear off soon. The band tends to show signs of distress in a couple of months, especially near the holes.

Needless to say, since the device lacks a display, users have to be heavily reliant on the Mi Fit app that is available on the Google Play Store (for Android) and iOS Store (for iPhones). The logging in the facility of the app could definitely do with a bit of tweaking, but considering that it is up for updates regularly, it should not be a problem.

The app can differentiate between steps taken while walking and steps taken while running, which is rather nifty. It also indicates the total calories burnt through these activities. The device also monitors and keeps a track of your sleeping habits. It can almost accurately track deep sleep.

The biggest plus the device has is its moderate price. Having a bare minimum display would have made it better, at least to show the time and/or steps and calories. Although that does give the device an exceptional battery backup. The alarms, on the other hand, are unable to sync, which would mean that it could just be a marketing gimmick. The accuracy is a bit of a compromise since arm movements can be registered as an activity or counted as steps.

If you have a phone with built-in sensors then you can definitely avoid the Mi Band. It is observed that phones perform marginally better than the fitness tracker. On the other hand, if you wish to use a dedicated (although basic) wearable device to the gym, or to track your sleep, then shelling out the small price for this inexpensive gadget is not a bad idea.

If you are a serious health freak insistent on purchasing a fitness tracker but not wishing to go for a Fitbit, you can opt for a Mi Band HRX.

How to Lose Post-pregnancy Weight Safely

6 exercises to get rid of face fat

5 ways to use rose water for dry skin

Nokia 8: Will the beast bring Nokia back?